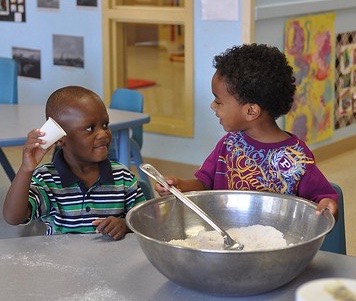 “Hidden Figures”—the Oscar-nominated film about three Black women mathematicians working at NASA in 1961 (that is, before the Civil Rights Act of 1964)—contains plenty of examples of explicit bias and discrimination.

But it also has a splendid illustration of implicit bias, which is far more subtle.

Toward the end of the movie, Mrs. Michael, a White manager (played by Kirsten Dunst), semi-apologizes to Dorothy Vaughan, an African American woman in NASA’s computing pool (played by Octavia Spencer), by saying, “I didn’t mean you any harm.”

Vaughan’s response outs her supervisor’s unseen prejudice: “I know. And I’m sure you believe that.”

What exactly are implicit biases, and who has them?

According to Walter S. Gilliam, the Yale psychologist who’s been studying them for years, implicit biases are automatic, unconscious stereotypes that form as a result of our upbringing, daily experiences, and media exposure and drive the way we take in information, judge situations and people, and make decisions. All of us have them—they are natural and pervasive.

Despite the fact that they shape our expectations and behavior and influence us at least as much as our explicit biases, these biases are called “implicit” because most of the time we don’t even know they’re there—just like Mrs. Michael.

Is there implicit bias in schools and child care centers?

Gilliam’s interest in implicit biases dates from his discovery in 2005 that African American children—especially boys—were being suspended and expelled from state-funded prekindergarten classes at an alarming rate, much higher than White children and children in K-12 schools.

Why are Black boys at such high risk?

These statistics made Gilliam ask, why are Black boys suspended and expelled so often? From his 2005 study, he knew some of the risk factors:

But Gilliam also suspected that an implicit bias lay at the root of these findings, and he set up an experiment to find out.

Gilliam recruited 135 early childhood educators and told them he was studying how teachers detect challenging behavior, sometimes even before it appears. Then, using sophisticated eye-tracking equipment, he showed them a video of four preschoolers—an African American boy, an African American girl, a White boy, and a White girl.

The result? Even though the children were actors and the video contained no challenging behavior, the teachers spent more time watching the African American boy, who they said required the most attention. That is, they expected him to misbehave because of his race.

In the second part of the experiment, Gilliam asked the teachers to rate the behavior of a child in a written vignette. He manipulated the child’s race and sex by using different names—DeShawn or Jake; Latoya or Emily. The ratings suggested that both Black and White teachers had a stereotyped belief—that is, an implicit bias—that Black children are more liable to misbehave.

Some participants also received a description of the child’s family life, and their own race seemed to guide their reaction to it: If teacher and child were of the same race, the teacher could empathize with the child and the behavior seemed less severe. On the other hand, when they were of different races, the teacher considered the child’s behavior harder to deal with.

Researchers hypothesize that Black teachers are better able to understand Black children’s lives and culture and use that knowledge to respond to their needs.

What can we do about this?

Children with challenging behavior who are harshly disciplined and suspended and expelled from prekindergarten, preschools, and child care centers are missing out on a vital opportunity to prepare for—and succeed in—school. Luckily there is now some evidence that reducing our implicit biases and increasing our empathy can give them a much better start.

Of course this is easier if we have the support and guidance of early childhood mental health consultants, professional development, or crisis counselling, but too few teachers have access to such help.

So most of us are largely on our own. We have to hold ourselves accountable and rely on what we and our colleagues can do together. As Carol Brunson Day put it at the last NAEYC conference, “We must all work continuously to insure unintended consequences don’t come from our behavior.”

Here are some suggestions

All of this enables us to challenge our stereotypes. Arizona teacher Cheryl A. Redfield put it this way: “We tend to characterize a whole people group from a few encounters. We don’t challenge our conclusions. So rethink, reflect, and resolve not to succumb to the convenience of overgeneralization, especially when it comes to people. They can surprise you.”

Whenever they do surprise you, your horizons expand, your empathy and compassion grow, and your biases lose some of their power.

Have you had any experience dealing with implicit biases, either your own or others’? How did you become aware of them, and did you have any success in changing them? 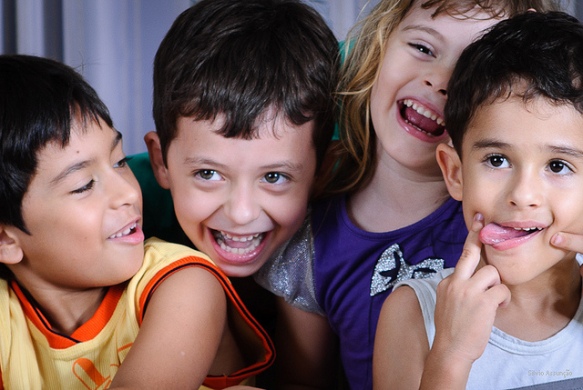 For many of us, the results of the Presidential election and the president-elect’s recent appointments are a surprise that has brought some concerns regarding the future direction of the United States. Some people are fearful of deportation, others are afraid of anti-Semitism and other forms of prejudice. In addition there are concerns about the rights of women and the LGBTQ community.

Many early childhood educators are spending time explaining these developments to the children in their care. Administrators set the tone and are responsible for ensuring that all children feel safe. We are proud to post a letter to families by the director of early childhood education at a program in Los Angeles.

If your preschool or center has written a useful letter or done something else to help families cope with election fallout, please send it to us. We would be pleased to post a selection of letters on our blog.

Now, in the clear light of day, we see an outcome we did not expect. Suddenly, we are uneasy with our countrymen and women—how can we be so far apart? How can basic decency not be valued? How can such cruelty prevail? Despite everything we teach them, does bullying win? Is it OK to make fun of people who look different than we do?

Even as we struggle to find ground on which to stand, we must be mindful of our very young children. You may not realize your children are being affected by all this but they are. First by what they see: Your sadness, anger, worry. It is okay for you to say how you feel, to cry and be sad. If we don’t let children know it’s okay to feel sad and scared, they may think something is wrong with them when they feel that way.

They certainly don’t need to hear all the details of what’s making us sad or scared, but we can help them accept that when bad or scary things happen, it’s OK to have feelings about it. It also models for them how to express feelings. Try, however, to be as in control as possible. Keep their routines as consistent and regular as you can. This is the way that children feel safe.

Second, children are affected by what they hear: from you, the TV and other screens, from their friends. So, it is always good to ask, “What have you heard about this election?” Sometimes things said are understood in ways that frighten or confuse them. You can share that we live in a country where people are allowed to say what they want and sometimes people say mean and hurtful things, but it is also a country that has rules and laws. That we will always fight for fairness and kindness. We will stand with our friends who have different skin color, different religion, whose families look different than ours.

Remember that your words, said in moments of despair or anger, will also be heard. Try to keep the catastrophic pronouncements away from them. Finally, turn off the TV.

“When I was a boy and I would see scary things in the news, my mother would say to me, ‘Look for the helpers. You will always find people who are helping.’ To this day, especially in times of ‘disaster,’ I remember my mother’s words and I am always comforted by realizing that there are still so many helpers—so many caring people in this world.”—Fred Rogers