What’s So Great about Executive Function? 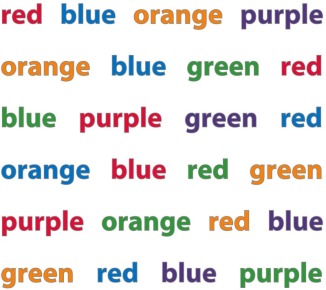 Why is everyone talking about executive function?

To begin with, it’s at the heart of self-regulation—that is, our ability to consciously control our thoughts, feelings, and behavior. When it comes to readying children for school and helping them to succeed in both the social and the academic realms, executive function is even more important than IQ.

And according to a study of 1000 children whom researchers followed from birth to age 32, good self-regulation creates healthier, wealthier, and more law-abiding people, whereas poor self-regulation leads to trouble paying attention, following directions, and building and maintaining positive relationships.

So what exactly is executive function?

There are three core executive functions:

By working together, these three executive functions lay the foundation for the higher order skills of planning, reasoning, and problem solving.

How do children learn these skills?

Children begin to acquire executive function skills in infancy (think of the baby soothing herself with her thumb or pacifier), and early childhood is an especially fertile period for developing them. We can see this happening before our eyes as toddlers and preschoolers learn to share, wait for a turn, understand rules and directions, calm themselves, and empathize.

But executive functions don’t develop automatically. They depend on the external guidance and support of parents and teachers. By modeling self-regulation ourselves and by providing warm, sensitive, and responsive care, plentiful opportunities to practice self-regulation, scaffolding children’s learning so that they can do what we ask, and reinforcing effort, persistence, and focus, we can help their executive functions to become stronger and stronger. At the same time we are building resilience.

Children who lack these skills need our support the most. Living with toxic stress—for example with neglect, maltreatment, violence, caregiver mental illness, or poverty—disrupts children’s brain development and often robs them of the chance to develop their executive functions. But research shows that children with poor self-regulation actually make the largest gains when they have our support and guidance.

How can teachers enhance executive function?

Several curricula (PATHS, Chicago School Readiness Project, Tools of the Mind, Montessori) show signs of improving children’s executive function, but the research evidence is still weak. However, it is very clear that lots of practice is imperative. Here are some tips to use in your own classroom:

How many of these strategies do you use in your classroom? Have you seen any improvement in the children’s self-control? How hard is it for you to model self-regulation? What do you do to keep your cool when the going gets tough?

What to Do When You See Bullying: A Practical Guide

Note: This is the fourth in a series on bullying.

Bullying is extremely complex, but one thing about it is crystal clear: it is essential to stop it when you see it.

Your response—or lack of response—sends a message to every child in your class: that you will not allow bullying, or that you will. Your message may reach the whole school if you’re on the playground or in the cafeteria.

Teachers who know what to do are much more likely to intervene, so we decided to offer you a how-to guide. Although it’s drawn from evidence-based research and practice,* please don’t think it’s a bible. Not everything works every time or in every situation. The field is moving at lightning speed, much is controversial, and notions about what to do change frequently.

This intervention works best when you feel comfortable using it, so it might be a good idea to get together with your colleagues to role play and practice it.

What to do when you see bullying

Stay calm and speak firmly in a low, moderate tone. Don’t smile, argue, or yell. Be respectful at all times.

What do you say?

First address the child who bullied. Describe what you saw or heard and identify it as bullying, whether it is physical or relational: “That was bullying. It is not okay. We take care of each other here. It’s my job to keep everyone safe, and I won’t allow children to hurt each other.” Don’t lecture, try to sort out the facts, demand an apology, or impose consequences.

Next speak to the child who was targeted. Say, “No one should be treated that way,” or “You’re not to blame. This shouldn’t have happened to you.” Do not say, “I’m sorry,” or “Are you okay?” These words may reinjure the child who was bullied.

Don’t send away the bystanders who joined in the bullying, laughed, or just watched. Asking them to leave gives the message that the bullying had nothing to do with them, when in fact they play an important role and can actually help to increase or decrease it. Let them hear you say that bullying is not acceptable and you support the targeted child. Refrain from asking what they saw or trying to gather information—they’ll probably be too afraid they’ll lose their friends or become the next target to tell the truth.

If they defended the targeted child, thank them for trying to help. If they didn’t try, encourage them to take a more prosocial role next time by finding an adult, for example. If you don’t know them, get their names, then send them back to class.

If the child who was targeted seems all right, he or she can return to class, too. But when the child isn’t ready, you need backup. If your school doesn’t have a communication system, you can send one of the bystanders for help—a teacher, the school nurse or counselor, a friend of the child—who can lend support. Alternately, if you have a good relationship and your schedule allows it, the child can stay with you.

As for the child who was bullying, what you do depends on the policies, procedures, and legal requirements of your school, district, and state. Find out exactly what’s mandatory. More than likely you’ll have to escort or refer the child to the office and/or make arrangements for a meeting with you, the principal or director, or another designated person. If necessary, you can accompany both children to the office, walking silently between them.

Inform your colleagues about what happened so that they can provide support and protection and supervise more closely.

You’ll also want to tell both families, who should be aware of the situation and participate in the solution.

Complete a detailed incident report as soon as possible. The data you collect now may be very useful later. Include ideas for improving supervision and monitoring.

Bear in mind that these are immediate measures, not long-term solutions. It takes much more time, planning, follow-up, and action on many fronts to prevent and reduce bullying. In our next post in this series, we’ll guide you through the steps that follow a bullying incident, including the question of consequences and talking with the children involved.

In the meantime, let us know what you think about this intervention. Would it help you to address bullying in your classroom? What other strategies and ideas do you use?

*  Sources for the information in this guide include the state of New Jersey, the federal government’s anti-bullying websites (www.stopbullying.gov and www.StopBullyingNow.hrsa.gov), and work by Dan Olweus, Michael Carpenter, Stan Davis and Charisse Nixon, and Nancy Willard.